Data Science UA > How to build an intelligent chatbot

How to build an intelligent chatbot

On March 27 Sergii Baidachnyi, Developer Evangelist, Microsoft, will come to Kyiv  from Canada to hold a Workshop “How to build an intelligent chatbot”.Throughout the workshop, you will learn how to create a Help Desk bot. The labs are available in both C# and Node.js. When completing the lecture part, you will be able to build a bot, performing sequential tasks, or create your own project with the advice of an instructor. The goal of the workshop is to provide consistent instructions for developers who are looking for structured experience in creating chatbots.

The labs are designed to build on one another, so you will be creating the entire bot from scratch. However, if you wish to choose just a couple of the labs, you can use the starting code indicated in each lab.

Each lab contains a set of additional challenges, which allow you to both enhance your bot and grow your skills. These are considered part of the lab, and we strongly encourage you to try at least one for each lab. 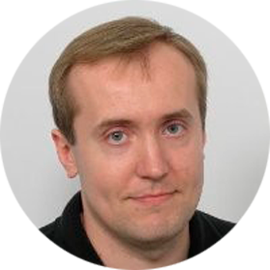 Sergii Baidachnyi is a principal developer evangelist at Microsoft. Currently residing in Canada, Sergii is participating in many pilot projects with partners around IoT, Machine Learning and Big Data.

Sergii was introduced to the Microsoft platform for developers circa 2001, and since that time, he has actively participated in a number of .NET projects, developing, managing, and architecting financial, medical, and multimedia applications. At the same time, Sergii led Microsoft IT Academy, where he delivered .NET-related trainings on C#, Windows Forms, ASP.NET, and so on. He has published articles and reviews in multiple IT-industry magazines and several books on ASP.NET, Silverlight, Windows Forms, and Windows 8 Development. His book about Windows 10 development is available on Amazon.

In case you code in Node.js

In case you code in C#