Which Big Data technologies do you require?

One tool is hardly enough to collect, process, and query vast volumes of data. You need to build a scalable architecture. The landscape of technologies is continually growing. So, to harness the power of big data for your business, you would need expert engineers.

The task of finding them will be much easier with Data Science UA as your partner.

There are many Big Data approaches, algorithms, and techniques top professionals should master. The Big Data developers we can hire for you have all skills and experience required to use any of the key technologies:

It’s a software framework, allowing clusters of computers to process large datasets. With its help, you can scale from one server to thousands, using their computation resources and storage. The library allows its user to detect and deal with failures at the application layer.

Various modules handle those tasks. Hadoop Distributed File System or HDFS provides high-efficiency access to application data. MapReduce is a system designed for the parallel processing of enormous datasets. With the help of the YARN framework, you can schedule jobs and manage cluster resources. You can find other utilities in Hadoop Common.

Here are some more details about the two key modules:

HDFS is a fault-tolerant filesystem. It’s typically used as a source and output of data in Hadoop jobs. HDFS has a write-once-read-many type of data access. Therefore, information, once written, can’t be modified, but appending data is possible. Directories and files can be organized in traditional hierarchies.

Each HDFS cluster has a so-called NameNod to manage the file system namespace and file access. Several DataNodes regulate storage attached to the nodes. Technically, a file can be split into several blocks to be stored in a set of DataNodes.

Therefore, the NameNode is responsible for opening, closing, and renaming directories and files. Besides, it holds the map of file blocks. The DataNodes allows the file system’s clients to perform read and write operations.

MapReduce serves to process and generate large datasets. A MapReduce program works in two phases: ‘Map’ splits and maps data, ‘Reduce’ shuffles and shrinks it. A MapReduce system manages the process by commanding the servers, launching parallel tasks, controlling all data transfers between the different parts of the system.

The critical role of the MapReduce framework is to ensure scalability and fault-tolerance. But using it in a single-thread mode is unlikely to yield better processing speed. Optimized distributed shuffle operation reduces network communication costs, so fault-tolerant features of the framework become prominent.

The parallelism in Mapreduce facilitates recovery from a partial failure of servers. Multi-machine clusters are likely to face problems with single nodes. With thousands of disks spinning for hours, some of them will probably fail.

With our help, you will strengthen your team with experts, who know how to put Apache Hadoop to good use in your Big Data projects!

Such databases are usually simpler than common SQL databases. Besides, they are more efficient and scalable. Therefore, such technologies are better suited for storing and processing enormous amounts of data. Data Science UA will help you hire Big Data developers, who know how to use these tools efficiently.

There are various types of NoSQL datastores. For example, Riak, Redis, and Amazon DynamoDB transform data into collections of key-value pairs. On top of such structures, more complex models might come in handy. The main advantages of this approach are simplicity and speed. But it makes grouping common data complicated. Besides, you cannot define a sophisticated pattern on the database side.

Some other tools, as BigTable, Apache Cassandra, and Apache HBase, use a somewhat different scheme. Tables and the main columns describe the data. Such an approach is flexible, ensures fast writes, and can be scaled easily. However, performance parameters often require tuning and optimization.

Those frameworks are considered “the big 3” for data management in the Apache Hadoop ecosystem. We can find Big Data developers, who can skillfully use any of them.

Pig provides an ad-hoc way of creating and executing map-reduce operations on massive datasets. It was introduced in 2006 by Yahoo Research. The framework uses PigLatin language, and the queries have high fault-tolerance. You can extend Pig easily with user-defined functions;

Hive was introduced in 2007 by Facebook. It can warehouse petabytes of data. HiveQL (Hive Query Language) with SQL-like syntax is used. Unlike Pig, Hive is harder to extend with UDFs. The queries also have high fault-tolerance;

Impala was launched in 2012 by Cloudera. It utilizes an SQL query engine on HDFS for parallel processing and supports native (C++) and Hive user-defined functions. The query is aborted if a node fails.

It is a practical approach to the real-time processing of enormous amounts of data. Lambda Architecture is based on the concept that the result is a function of input data (which is called lambda). The resulting solution performs as a lambda function, not linked to the volume of processed data.

The data is split into two parts:

The three key building blocks of any system, based on the lambda architecture, include:

If you want an engineer, capable of using this approach for the benefit of your business — contact us!

A strong community of developers:

Choose from the Variety of Hiring Models 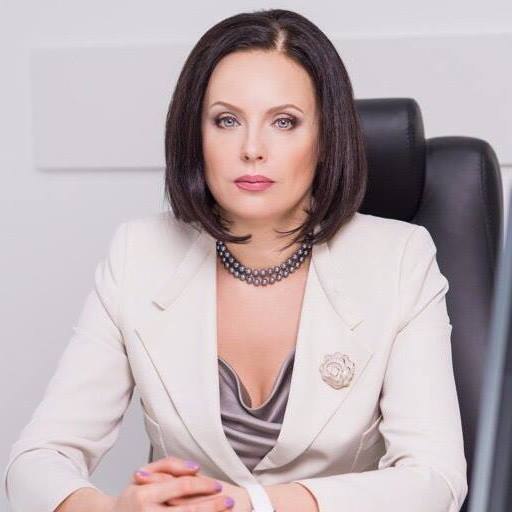 Now it's more than two years of our fruitful cooperation with Data Science UA. We ask our partners for help in closing important and difficult positions. Chief Data Officer, Director of Innovation Solutions, Head of Data Science — specialists are still with us to this day. We are impressed by the approach of our colleagues in Data Science UA to the search — they understand the profile of specialists as quickly as possible, evaluate candidates qualitatively, and are client-oriented and focused on the result. That is why we continue to work with Data Science UA now and plan to cooperate in the future.

One thing I wanted to highlight about Data Science UA that I was particularly impressed with the ability to adjust based on our feedback. Hiring is a long iterative process and getting your recruiter on the same page takes time, but with Data Science UA, it was very easy and effective. I do recommend using this service and they are already looking for our next candidate.

The work with Data Science UA was a blast. Minimum number of questions, maximum number of highly skilled candidates delivered. At the end, instead of hiring one Engineer, we ended up hiring two, since both was great and good fit for us.

Data Science UA is the go-to place if you are setting up or expanding your computer vision / deep learning/data science team. Whether you need a small team or a large R&D center — they are the best to work with, extremely reliable, very knowledgeable, and well organized! Data Science UA is at the heart of everything happening in data science, anywhere in the world. Their annual data science conferences attract presenters and attendees from all over the globe. I am always impressed with the quality of the presenters and the depth of the materials.

Who is a Big Data developer?

A Big Data developer creates tools and systems to integrate big data analytics into business solutions seamlessly. Usually, such specialists work together with a large team of developers, data scientists, and programmers.

Which country is most advanced in Big Data development?

Like the USA, Canada, or Japan, many developed countries have a high level of big data adoption. However, many companies outsource Big Data developers to Eastern Europe, particularly Ukraine, with its large pool of talented professionals.

How to find and hire big data developers?

The best way is to be integrated into the local data science community and keep in touch with top specialists. We at Data Science UA do just that and are ready to help you find the best big data engineers.

Several tips about the hiring process:

Why should you work with Data Science UA?

We will find a reliable partner for your Big Data endeavor, with a solid track record and strong expertise in such technologies as Hadoop, Spark, AWS, Cloudera, Pig, Hive, and more.